Which Past Role Would Laura Dern Want to Revisit? 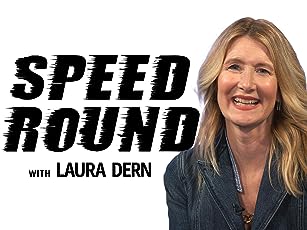 The Marriage Story and "Big Little Lies" star digs deep into her past credits in the IMDb Speed Round.

Back in the Day: Actors' Early Roles

Take a look back at the early roles of some of Hollywood's heavy hitters.

2019 Watchlist: The Year's Most-Added Movies
a list of 20 images
updated 1 month ago

September Picks: The Movies and TV Shows You Can't Miss
a list of 9 images
updated 4 months ago
Create a list »

Do you have a demo reel?

Add it to your IMDbPage

Find out more at IMDb Pro »

How Much Have You Seen?

How much of Brad Pitt's work have you seen?

Jump to: Producer | Actor | Soundtrack | Thanks | Self | Archive footage
Hide

2012 The House I Live In (Documentary) (executive producer)

2006 God Grew Tired of Us: The Story of Lost Boys of Sudan (Documentary) (executive producer)

Soundtrack (2 credits)
2011 Happy Feet Two (performer: "We Are the Champions")

2013/I Casting Couch (special thanks)

2011 Exploring 'The Tree of Life' (Video documentary short) (special thanks)

2010/I Before Breakfast (Short) (special thanks)

2009 Where the Wild Things Are (special thanks)

[Real Time with Bill Maher (2003), August 14, 2009] Because for a democracy to work, we have to know the facts to make an informed decision. Then yes, I see it. But when you see it devolving into talks of socialism and the dismantling of the country, no one is helped by this. And let me tell you, I guarantee you these people have never been to a socialist country. I've been to a socialist country... See more »

Posed for a campus calendar in college. See more »

Contribute to This Page